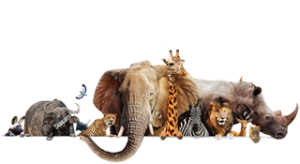 Tundra is described as an area where levels of subsoil beneath the surface of the earth are permanently frozen. This soil is referred to as permafrost. The level of earth above the permafrost will thaw in the short summer allowing plants to grow. This level will then freeze again in the winter and most of the plants will go dormant.

Permafrost makes it difficult or impossible for trees to root down into the ground, so one of the characteristics of tundra is that it is often treeless and the land appears barren. Another characteristic of tundra is that it, like deserts, receives little precipitation. Tundra will also reach extremely frigid temperatures, especially in the winter when it receives little to no sunlight.

Life in the Tundra

Animals that live in the tundra have special adaptations that allow them to survive the extreme temperatures and conditions that are present in a tundra.

A good example of an animal with special adaptations is the Arctic Fox. The Arctic Fox has short ears and a short, round body with a thick coat to minimize the amount of skin exposed to the frigid air.

There is a low amount of biodiversity in the tundra, meaning there is not a lot of different types of animals. Fluctuations in one animal population can drastically effect populations in another. An example of this would be that if in a certain year there is a lower amount of lemmings than usual, then the population of Snowy Owls, who feed mostly on Lemmings, will also decrease.

Threats to Animals in the Tundra

There are several threats to the populations of animals that live in the tundra. Mining and oil drilling are increasing habitat loss, as well as human habitations moving farther north. Global warming could be one of the largest threats to this ecosystem. As global warming melts more of the permafrost soil the very delicate balance of plant and animal life in the tundra is threatened.